They have completed research into the background and legal status of the land relevant to Rangipo Intake and Waipakihi Roads. 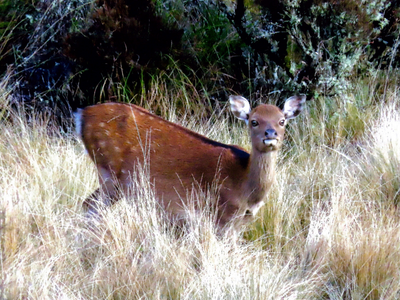 These formed accessways originated from the Tongariro Power Scheme. The Crown took the Waipakihi and Rangipo Intake accessways in the 1960s under the Public Works Act to develop the power scheme, and held them as Crown land. The Crown accepted public use during the time it held the land. The land is now being returned to the former or adjacent landowners.

Herenga ā Nuku has a statutory role of enhancing and maintaining public access. This includes supporting private property rights and advocating for public access rights where they exist.

In 1968 the Waipakihi access was surveyed (survey plan SO 27023). This was for work associated with the Tongariro Power Scheme. NZ Gazette 1968, page 1344, then gazetted the access under the Public Works Act as land taken for the development of waterpower.

The Ministry of Works also took a gravel extraction area at the eastern end of Waipakihi road at the same time as the accessway. This was for the shingle to build the dam. The purpose of the Waipakihi accessway was to access the gravel as part of the waterpower development. Genesis Energy would have no current need for an easement over this area. The Crown land taken for the development of waterpower, known as Waipakihi road, would not be needed for the original purpose anymore.

In 1971 the Rangipo access and dam site were surveyed (survey plan SO 28281). This was for work associated with the Tongariro Power Scheme. NZ Gazette 1973, page 2681, gazetted the access under the Public Works Act as land taken for the generation of electricity.

Head to the Herenga ā Nuku blog to access this information.

Both ‘roads’ were never taken as a road at any time but for a specific purpose associated with the development and generation of electricity. They were held as Crown land for that purpose. Their investigations have determined that the accessways are still held as Crown land.

Herenga ā Nuku will continue to research this further. They are engaging with others to understand matters fully. We will include any further information here that becomes available.