An Experience Of A Lifetime. 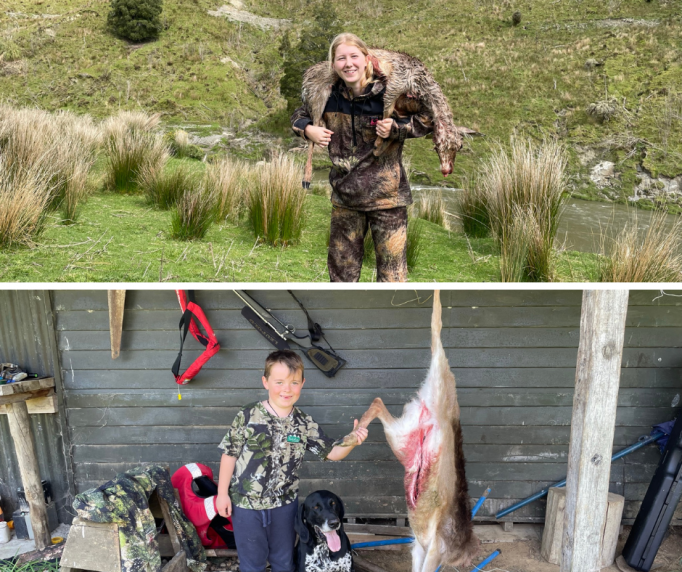 The problem I was facing was that I was a SI in the North Island and had no access to private land.  Even some of the easier land in the Kawekas would likely be a bridge too far.  I had spoken to a lot of other guys that had been through the same thing.  The warnings were strong and hold true – to put it simple “make sure the first hunt is a positive one – don’t force the fact, take HEAPS of clothes to ensure they are dry and warm all the time and invest heavily in snacks – mostly the kind they love to eat”.

I was in a predicament – I kept pushing it off as I also felt as thought it maybe more pain than what it would be worth and if it wasn’t perfect would ruin it for ever……..  the months dragged on.

Stephen and Mark offered the chance to host myself and Jack long for a hunt alongside Bryce and Jess from Wellington.

I was thrilled.  Not only for a chance to take Jack for his first hunt but also a hunt alongside great understanding and patient people who also gave Jack the experience of comradery in the hills.

It was well planned, and a fantastic experience, Jack loved it learned a lot, so did I.  It was an experience I will never forget and was easily one of the best hunts I have ever been on.  An experience I was not prepared for at all.  I cannot wait until we can do it again. 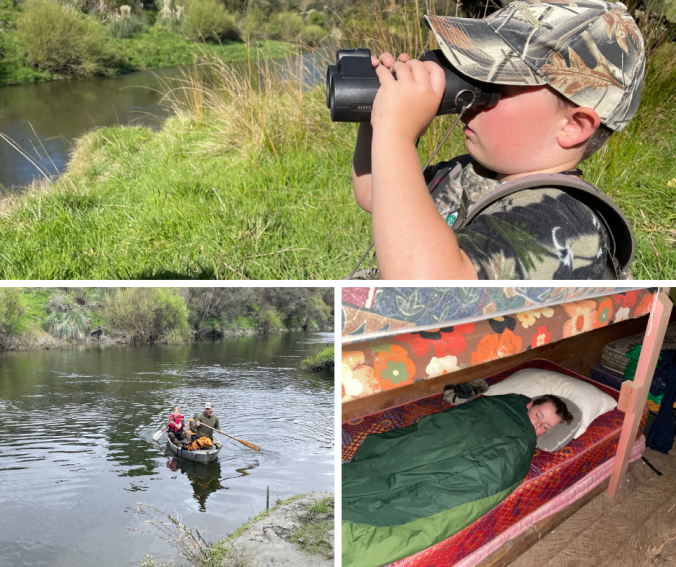 Only hiccup…………………… Jack spotted the animal, wont live that down!

Thanks a bunch Stephen and Heath!

It was the NZDA that provided me the opportunity and a special combo of hunters that made it EPIC!  This has been a common theme during my time in the NZDA.

Get to you local branch meetings, get involved and meet like minded individuals that could feature in your own experience of a lifetime!