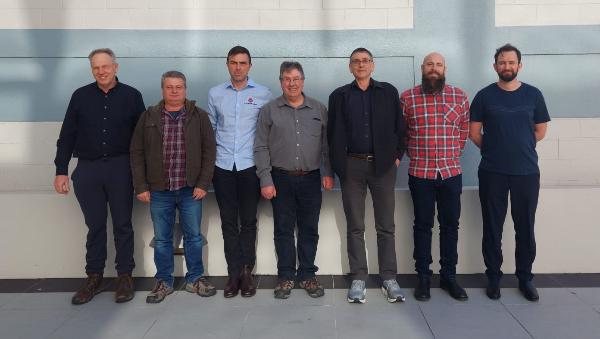 NZDA voted and elected the board for the 22/23 year in Waikato last weekend at conference.

NZDA farewells a few outgoing board members, who each assumed their board roles when Gwyn Thurlow started as CEO. "We have worked hard and closely together for over two years now, so my deepest thanks and gratitude goes to":

It was noted in speeches that everyone was leaving under good terms, and with full confidence that their replacements would continue to build on the successes achieved during their terms. They also noted with glee that they will have more time for hunting!

NZDA congratulates Callum Sheridan on his ascent to National Vice President. Gwyn speaks of working closely with him over the past two years, "he has a focus on promotional hunting trips, social media, game animal management, and Sika Show organisation. Callum is one of the most active board members and I know he will work harder still. His next big task is coordinating our NZDA stand at the Sika Show at Mystery Creek later in the year!"

Congratulations to all, members watch this space to see what your board achieves over the coming year!