Elliott and Thames Valley Deerstalkers prove that anyone can hunt.

After an accident leaving Elliott tetraplegic, he signed up to NZDA eager to learn to hunt and enrolled in the HUNTS Course.

On Monday 7th July 2014, Elliott Keys, aged 14, was enjoying a mountain bike ride with a friend on the trails in Oropi Forest, just outside Tauranga, when he misjudged a jump, missed his landing point and fell, hitting the ground head first. Elliott broke his neck at C4, leaving him a tetraplegic with no movement from the shoulders down.

Elliott has always been action man, living life to the fullest. He loves the sea and the beach, enjoying diving, surfing, paddle boarding and kayak fishing. He obtained his diving certificates at a very young age, and was Tauranga’s youngest PADI rescue diver. Equally at home in the snow, Elliott was handy on a snowboard or skis and also really enjoyed ice skating. He played inline hockey for the Tauranga Ducks and loved tennis, golf and soccer too.

Elliott had been pestering his dad for years to get into hunting, so they had just signed up with Tauranga Deerstalkers to do an intensive bushcraft course.

The last thing Elliott wrote in his own handwriting before the accident was an application to join Youth Search and Rescue, a pretty serious commitment.

After researching and importing parts to create a rifle rig he'd be able to control by himself, Elliott and his Dad signed up to the Thames Valley Branch HUNTS Course. 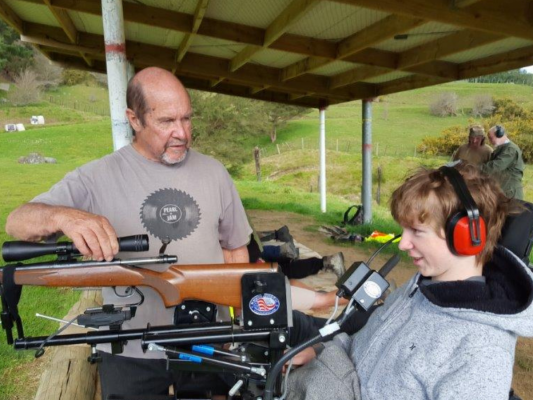 Any rifle can fit in the rig- Elliott and Brian

He took part in all segments and activities in the course including the final hunt. The custom rifle rig fits to both his chair and a Polaris that he's since been using to hunt from. A joystick allows him to control using his cheek and chin and can squeeze the trigger in a similar manner. An iPhone mounted to the rifle displays what is seen down the scope.

Maureen Coleman (Branch President) recalls that there wasn’t a dry eye when Elliott took his first deer. As hunters, we all know that hunting can be a moving experience especially for first timers, let alone achieving an incredible accomplishment such as this. 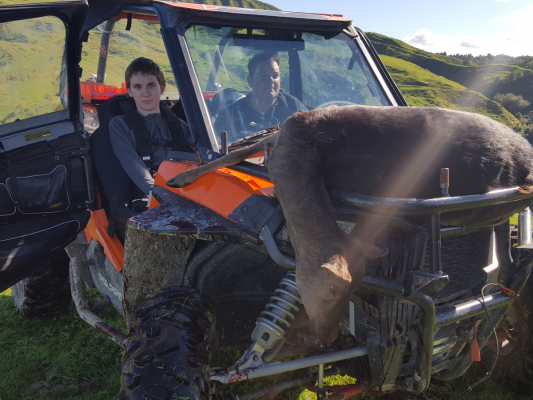 It has been a very inspiring and humbling experience for all club members involved. Elliott’s ability to hunt has been a turning point in his life. It wasn’t a part of his upbringing prior to NZDA. 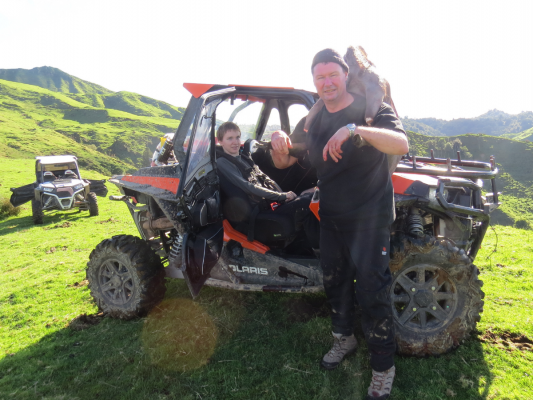 Elliott's Dad, Mike explains, "Elliott is passionate to help other young men like himself to get out there and hunt. We have a bigger picture to work towards. If we show others the equipment that is available it may encourage other people with physical disabilities to have a crack." 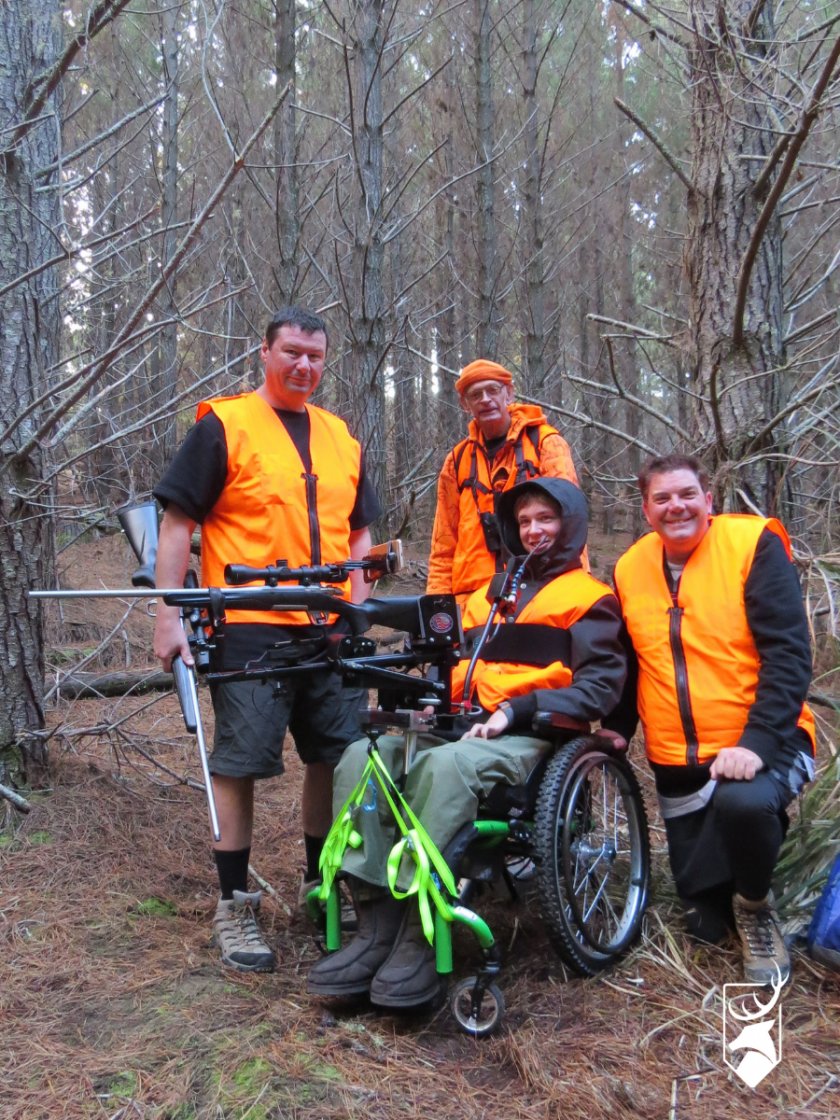 Since completing his HUNTS Course he has shot many more deer and goats with more pigs on the agenda for this summer. Maureen’s final encouragement to hunters is to “never say never, there’s no such thing as a hurdle in NZ hunting, find ways around problems and solve them. Work hard and work as a team.” 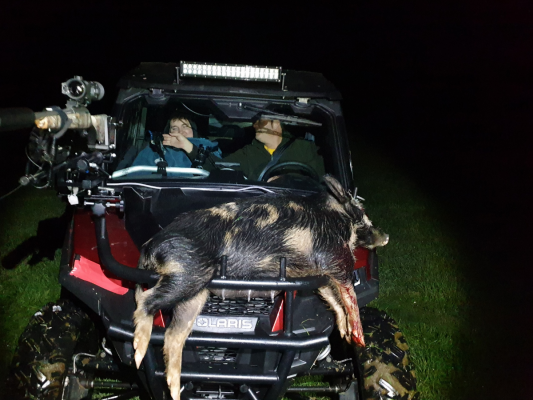