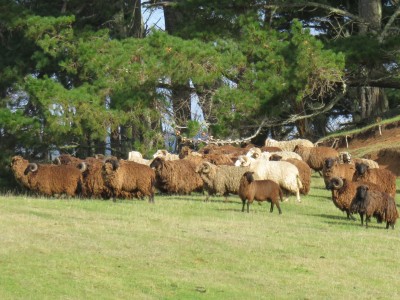 Variable depending on breed. Males up to 78cm shoulder height and weighing as much as 66kg; females about 70cm and 40–60kg.

Colour varies with the breed from white, dark brown to black or multicoloured.

.243 or larger with good hitting energy is recommended because feral sheep are medium-sized animals often covered in thick fleece.