Jim Kroening of Timaru has been awarded with one of the New Zealand Deer Stalkers Association’s (NZDA) highest honours — becoming a Life Member of its South Canterbury Branch.

South Canterbury Branch (SCNZDA) President Stuart Humphrey says, “Granting Life membership is rare these days but the committee was unanimous in our decision to apply on Jim’s behalf.” 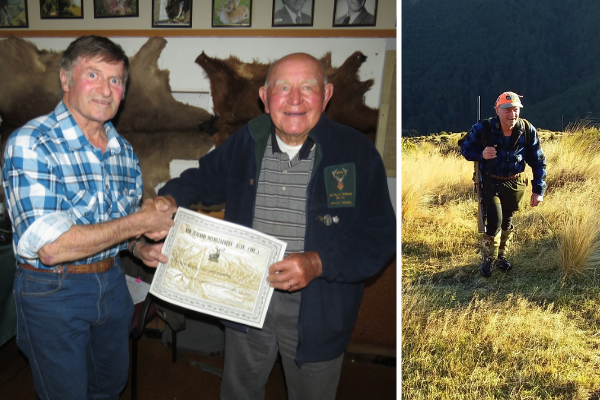 “Jim displays the qualities of a great community member and volunteer — he just gets on with helping out, we don’t have to ask. Every club could do with a member like Jim.”

“We were delighted to be notified of the successful application; we kept it a secret until it was presented to him at our annual awards night this November.”

Jim was born and raised in Greymouth and that’s were he learnt to hunt game animals. After moving to Timaru, he joined the South Canterbury Deer Stalkers Branch in 1999.

“I joined the Branch to make friends and to participate in the club hunts,” says Kroening

Jim’s service to the branch includes holding the position of President for four years and Secretary for two years.

During his time as President, Jim was instrumental to South Canterbury hosting of the National Deer Stalkers Association annual conference.

Jim’s practical skills gained in his career as a carpenter have been invaluable in his role as Custodian of Thar Lodge, and in the SCNZDA’s role of maintaining backcountry huts on public conservation land. 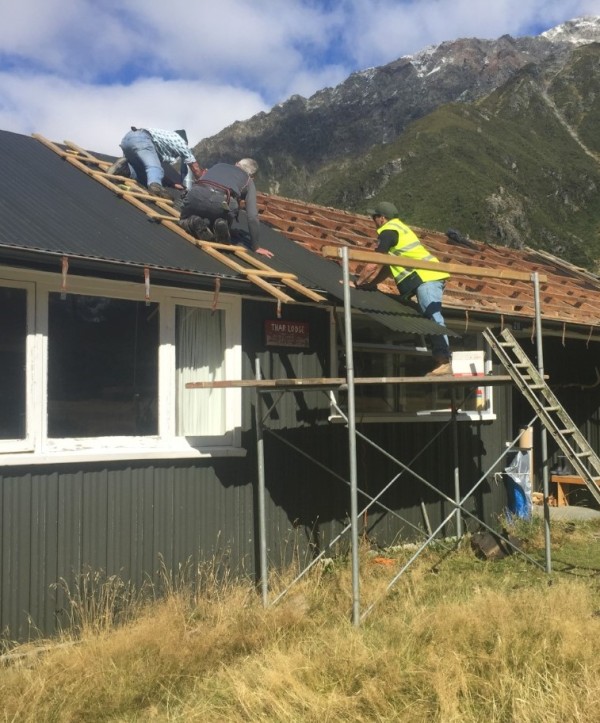 “I quite enjoy fixing and improving Thar Lodge — relaxing there at the end of the day with million-dollar views of Mount Cook and Sefton is pretty special.”

Costal erosion at Timaru’s Patiti Point in 2019 led to the SCNZDA being forced to urgently relocate its seaside clubrooms, causing great strain on members time and the branches finances. These difficult times provided another example of Jim’s value to SCNZDA.

“As usual, Jim got on with the job without request, setting the piles and leading the many working bees required to relocated clubrooms and improve them along the way,” said Humphrey.

Reflecting on the Life Membership honour Jim said, “it’s quite a buzz. I’m very thankful to be acknowledge formally.” 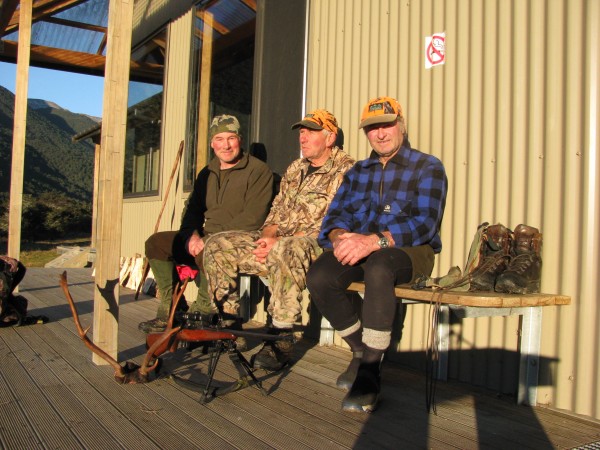 About the SCNZDA: The South Canterbury Branch of the NZDA was established in 1952 and currently has 180 members from across the South Canterbury Region.  The branch advocates on behalf of New Zealand’s hunters and shooters promoting hunting as a legitimate recreational pursuit. Members meet monthly at their Timaru Clubrooms and run organised hunting trips, shooting and antler, horn and tusk competitions.